The Wood Brewery was founded by Edward Wood, his brother and his father in the outbuildings of the Plough Inn in Wistanstow, Shropshire in 1980.

The brewery was one of the early players in the real ale revolution that revived the flagging fortunes of traditionally brewed beers as they faced the tidal wave of gas-pumped keg beers appearing in pubs nationwide.

Four decades later, the brewery still operates on the same spot, but has expanded to produce the wide range of Woods beers that are available in pubs and shops across Shropshire and neighbouring counties.

This year, Woods Brewery will be occupying the famous Moat at Ludlow Castle with a rather special celebration of their Shropshire Beers. We caught up with Managing Director, Stephen O'Neill, to find out more.

What is special about Woods Brewery?

The brewery was one of the early players in the real ale revolution (and one of the founder members of SIBA – the Society of Independent Brewers) and 40 years later the brewery still operates from the same premises in the heart of the Shropshire countryside. We sell more beer now than we did then was then but the ethos is the same, great beer served to the folk of Shropshire and beyond. 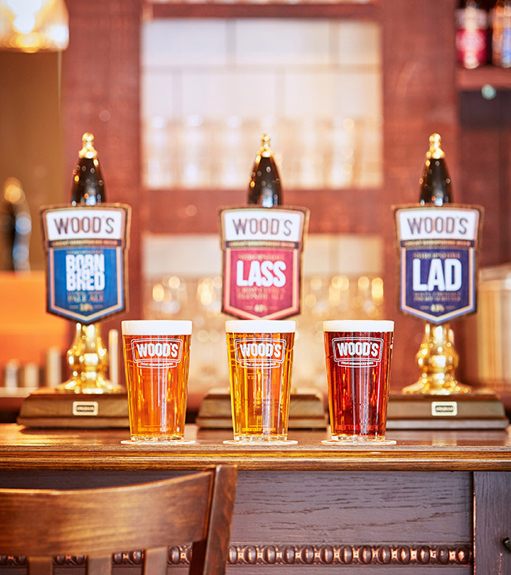 Can you describe Woods Brewery in three words?

What can you tell us about your Shropshire Quest campaign that has been taking over Festivals throughout the region this summer? 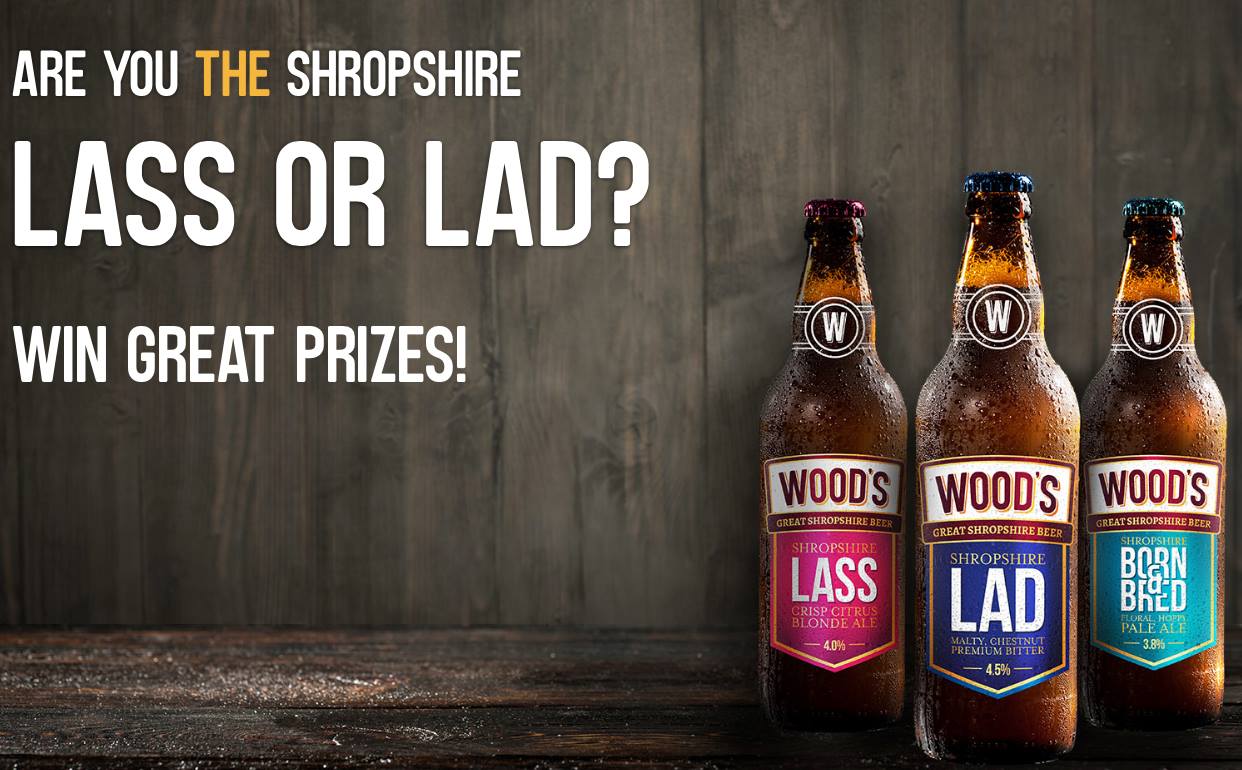 There are two ways to enter. One is to come to any one of a number of festivals in Shropshire over the summer. The full list can be found here http://www.woodbrewery.co.uk/shropshirequest and take part in our Shropshire Quest competition. This involves a combination of games, drinking beer and an obstacle course. We’ll be running a mega version of this in the Moat at the Ludlow Festival.

The winner of each round wins a dinner for two at the Wood Brewery and also advances to the final at Oktoberfest in Shrewsbury on 7 October.

The other way to enter is to enter a video about yourself at the Wood Brewery Facebook page. The video applicants that are judged to have best captured the essence of Shropshire will be taken forward to the Grand Final at Shropshire Oktoberfest alongside the challenge winners.

For this, simply make a video (on your phone is perfect!) you MUST show us that you cover some of the these elements below and how you embody all the things that make Shropshire the wonderful county that it is!

All you have to do is fill out The Shropshire Quest Application form (download here) with information about yourself… This is your story, tell it your way. Fill in each field with as much information as possible…  Then upload a 2-minute video to the Woods Facebook Page  or enter at the festival, find us Inn the Moat!

What will readers expect when they find you at the Festival? You will find our regular Woods bar in the grounds of the castle we’ll also be doing a very special version of our competition – Moat Quest – where we will be running a castle themed Lad and Lass challenge  in the moat at Ludlow Castle!

There will also be other activities in the moat, such as the Woods Wheel of Fortune where you can win free beer and other prizes as well as another Woods pop-up bar – The Moat Inn! 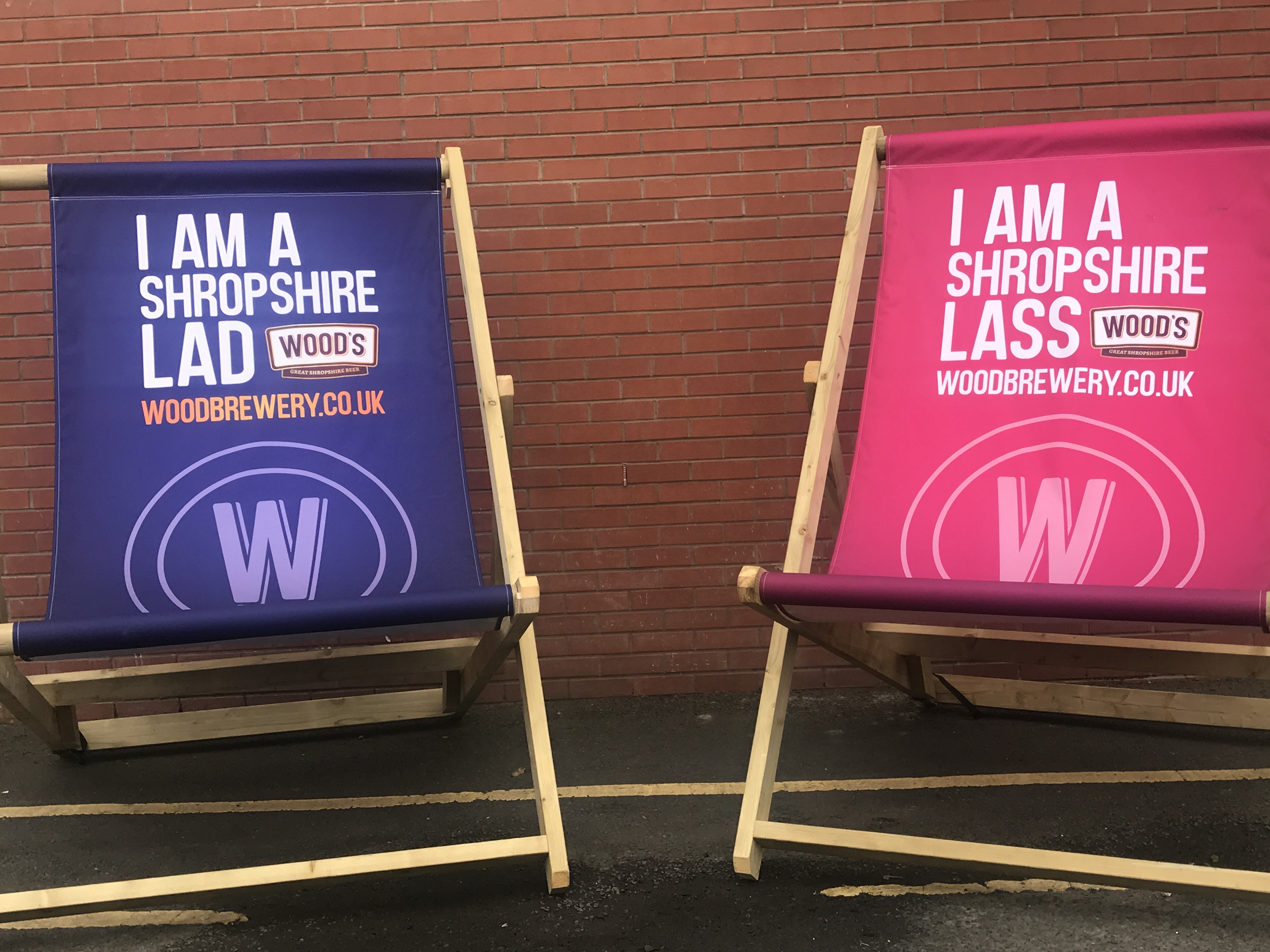 If they have not tried one of your beers before, which would you recommend?

Start at one end of our bars and work your way across! The Ludlow Food Festival is on for 3 days - that’ll give you enough time to try them all! The Shropshire favourites are Shropshire Lad, Shropshire Lass and the newcomer to the family Shropshire Born and Bred. But come and meet the Wood's team at the festival and we will let you try the beers and the team will be able to match you up with the perfect pint.

Do you have a favourite Woods beer and food pairing you can share with us?

At the Brewery Tap in Wistanstow, there are a number of items on the menu which feature our beer in the recipe. Our fish and chips batter using Shropshire Lass beer – that’s delicious! However our favourite this summer has been a cool pint of Born n Bred best drunk with food straight off the BBQ, Battlefield 1403 does the best steaks!

Have you been collaborating with any food producers that can share with us?

We collaborate with quite a few food producers – too many to list here. But two worth mentioning are recent award winners: the Sizzling Squid which was a finalist in the national fish and chips awards using our beer in their batter and Astons of Coven which also picked up a national award for their Steak and Ale pie – also using our beer.

What are you looking forward to most about coming to Ludlow Food Festival?

We have a lot of regular customers at the festival and we look forward to reuniting them and our beers. Bringing the Shropshire Quest to the Moat will be particularly fun and we can’t wait to bring a touch of heritage, food and a lot of drink into the space. For anyone who has ever fancied being crowned King or Queen of the castle this is your chance to shine!

GET YOUR TICKETS FOR THE FESTIVAL HERE.