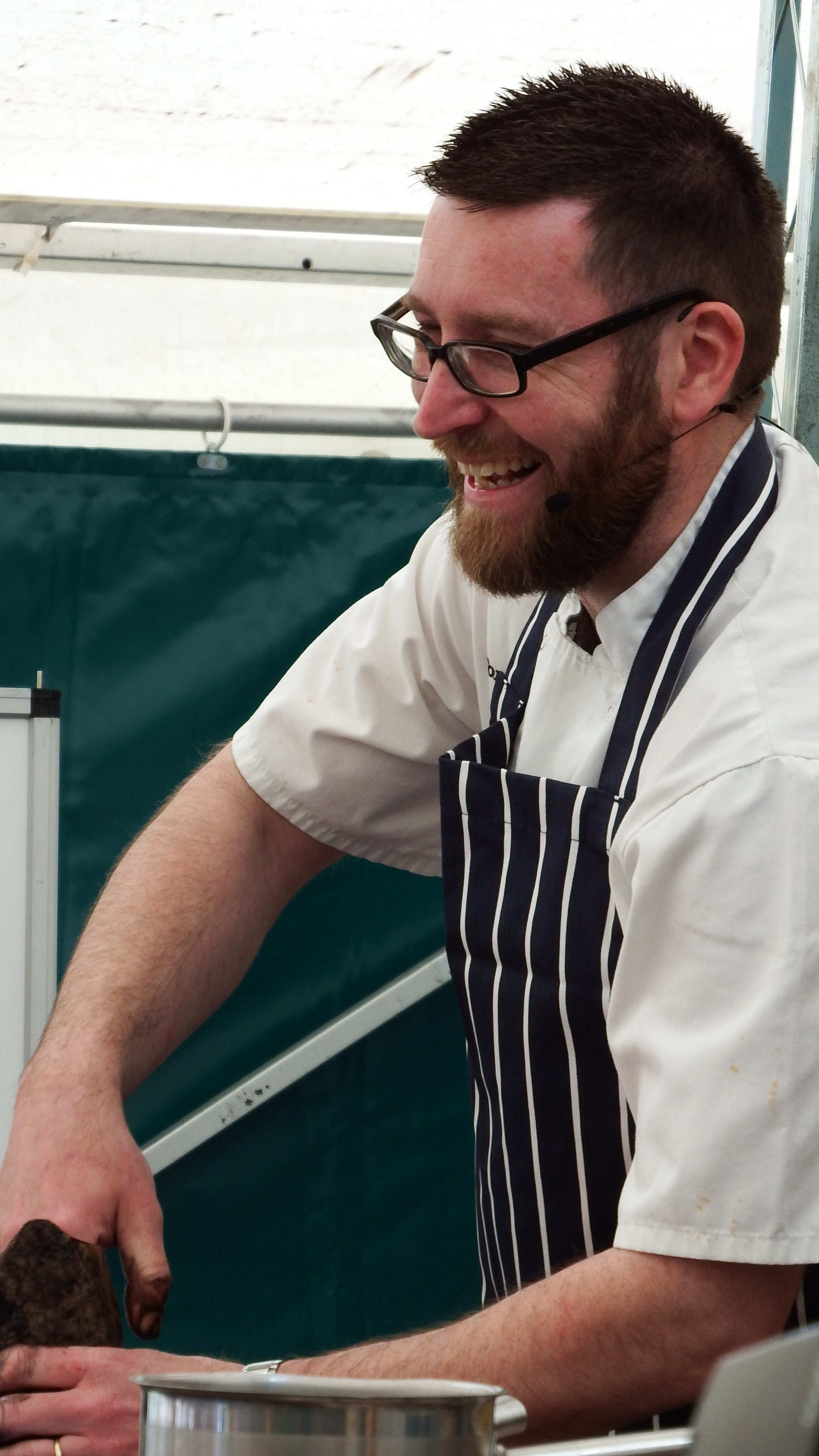 Tom is an Award winning Former Head Chef of many years standing with 2 AA Rosettes to his name, but now doing it for himself - running his own catering company 'Sticky Fig Catering' based in the West Midlands.

Trained by Swiss chefs, with a French influence, Tom also worked with an Italian chef for five years so his style is truly European but he loves his traditional British flavours. It's fish though that he loves to demonstrate with, and not always the ones you'd think of! He makes weekly visits to the Birmingham fish market to discuss catches, the species,  seasons – down to the boats the fish were caught on.

When not cooking, Tom likes to walk the dogs or fish! He loves icecream, his guilty pleasure is crisps and if he wasn't a Chef, he would have liked to have been a rally driver.