We are thrilled to be welcoming Shaun Hill to the Wots Cooking Stage on Sunday 10th September who will be folowing his demo by signing his new book, "Salt is Essential".

Discover more about this inspirtaional chef... 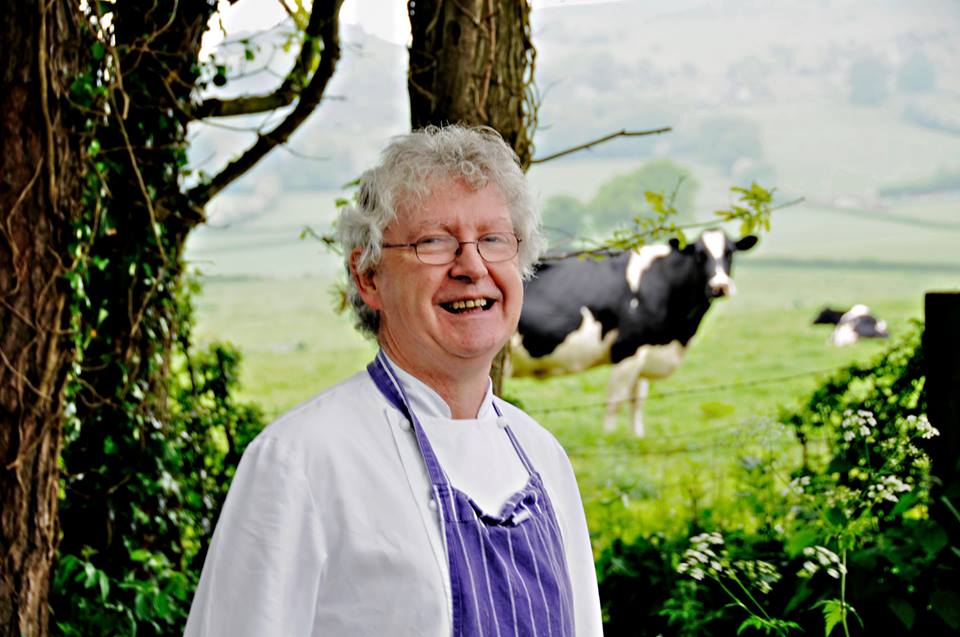 Born in Belfast and brought up in London’s Primrose Hill, Shaun studied Classics at Exeter University before embarking on the world of work! His first position was as commis chef at ‘the local poncy eaterie,’ next came a position with Robert Carrier, a prominent food writer at the time, at his eponymous restaurant. As Shaun says, 'I loved it there and the lessons learnt have stayed with me.’ He went on to a spell at The Gay Hussar, the legendary politicians’ hangout in Soho and self-declared ‘only Hungarian restaurant in England’ before moving on to work at some of London’s most prestigious restaurants, including The Capital Hotel in Knightsbridge (under Brian Turner) and Blakes in South Kensington.

One of the most significant highlights of his long career came in the 1980s, when he was head chef at Gidleigh Park in Devon. Cooking here for nine years, with a Michelin star for much of that time, he was a key player in the ‘Modern-British’ food movement of the late 1980s that fused local, seasonal produce with global influences. Writing at the time, The Independent described him as ‘one of Britain's most extrovert chefs, with an exuberant style greatly admired by his peers

In 1994 Shaun Hill and his wife Anja opened The Merchant House, their legendary and much missed 24-seat restaurant in Ludlow, which earnt them a Michelin star – the second of his career. At one time hailed as the 14th best restaurant in the world by fellow restauranteurs and critics. The Merchant House turned the Shropshire market town into a gastronomic destination. His time there will be remembered fondly by anyone who was lucky enough to have eaten his outstanding dishes, cooked personally by Hill – the sole member of the kitchen brigade.

Spells advising The Glasshouse in Worcester and The Montagu Arms in Hampshire followed. He also took on a major consultancy project for Fortnum & Mason, which involved the refurbishment of the London food store’s five restaurants. He also wrote a recipe column for The Telegraph’s magazine and reviews for The Guardian during this time, adding to his already established reputation as a notable food writer, with four successful cookbooks under his belt. Incredibly, he coupled all this with a position as research fellow at Exeter University, drawing on his education in the classics to lecture on food and taboos in the ancient world

But the pull of the kitchen was too strong. In 2008, he succumbed to an offer made by local hotelier William Griffiths, who had worked for him as a young man. The well-loved Welsh restaurant 'The Walnut Tree,' where in its glory days was a regular haunt of Hill, was on the market and Griffith wanted to renovate. He would take care of the admin and Shaun Hill’s domain would be the kitchen.

Quickly turning the restaurant’s fading fortunes around, in 2010 Shaun Hill attracted what was now his third Michelin star.

Often describing himself as ‘the rough side of Michelin’ and frequently referred to as ‘a chef’s chef’, he is looked up to by many of the very best in Britain’s restaurant industry, with Tom Kerridge describing him as ‘an inspiration’.