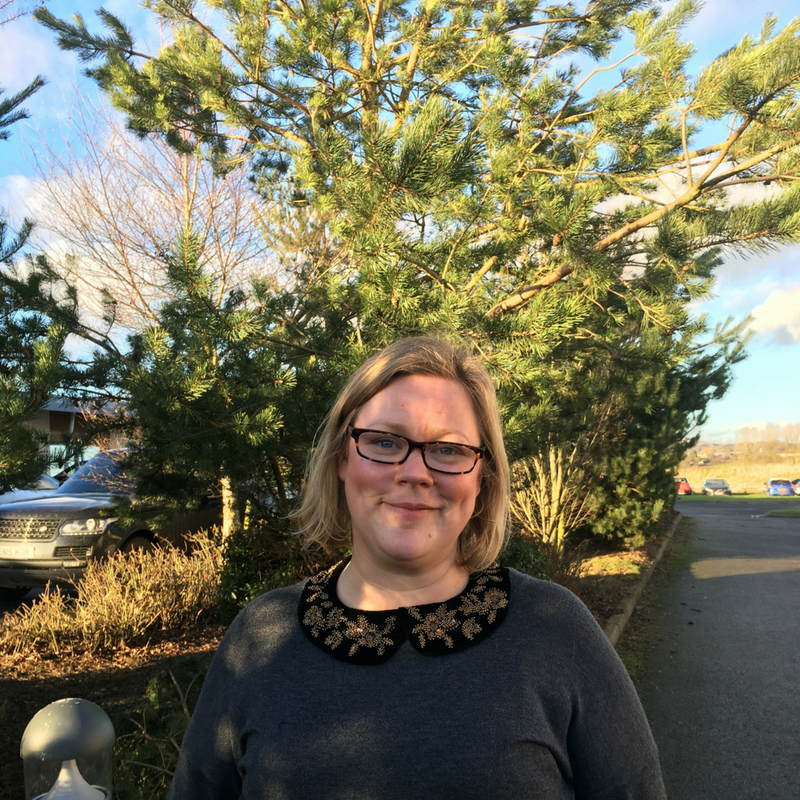 Hannah Mackley is a bundle of energy as she bounces in to the Ludlow Castle Tea Rooms. It’s a busy afternoon during half term. We grab a table by the window, which appropriately looks on to the castle grounds where the annual duo of Ludlow’s food festivals take place. The largest is the well-known Ludlow Food Festival now in its 24th year, but first up is the Spring Festival, billed as “like a beer festival but better” held on 12th & 13th May. The Ludlow Mangalonga which takes place 12 August doesn't qualify as a festival, it's an event for participants to walk but with food.

Hannah is the new events manager for the festivals which take place within its medieval walls and she dishes on what draws both revellers and exhibitors alike to the Castle gates. Hannah is a local girl and her family has been in the same home in Ludlow for generations. She is steeped in Ludlow culture and has her own impeccable foodie pedigree having spent time working for a chocolate manufacturer and she and her husband, Henry, run the Harp Lane Deli in town. 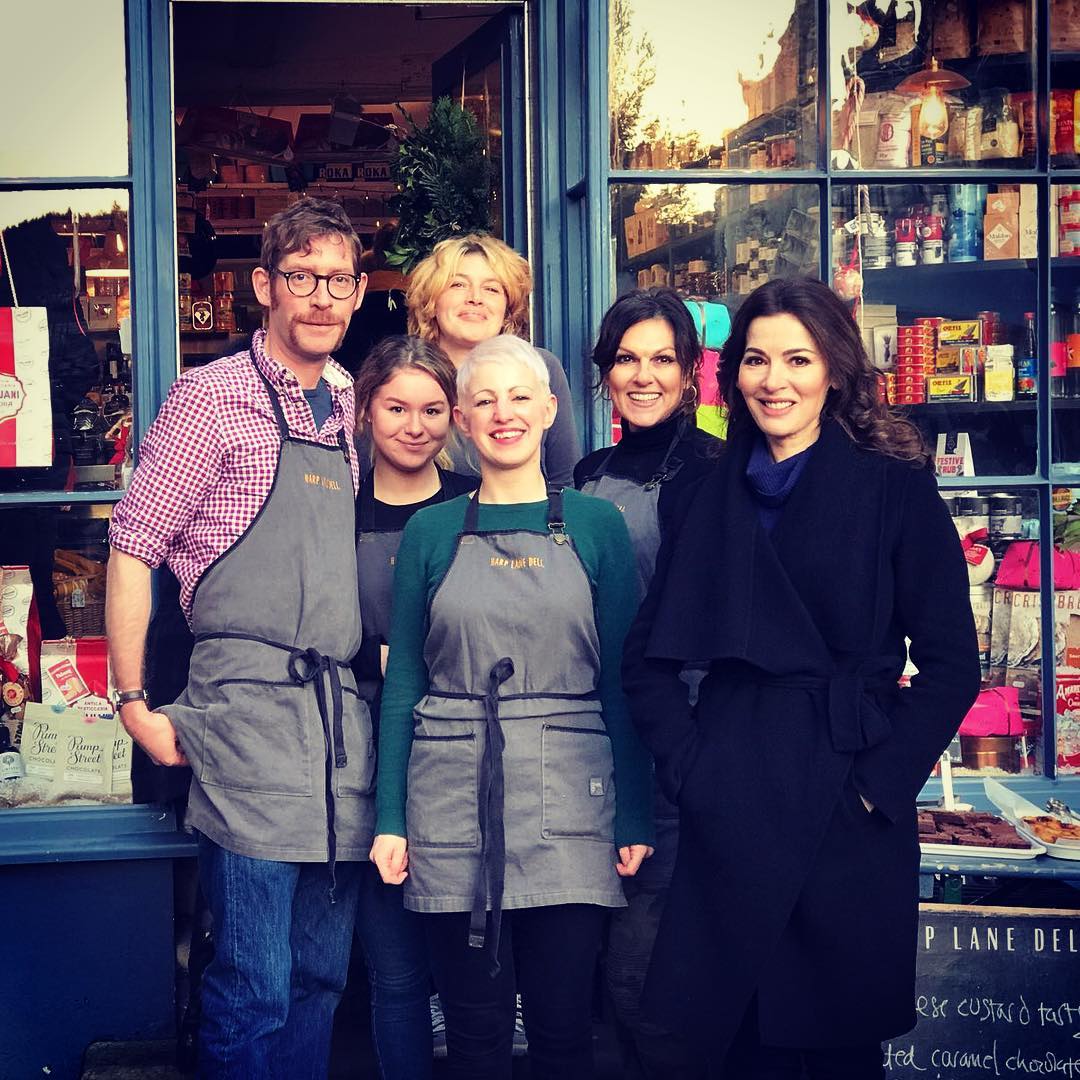 The Ludlow Food Festival began more than 20 years ago as a punt by two members of the Chamber of Commerce. It was an original idea to showcase the town and to bring attention to the number of good food producers in the area, since that time it has spawned a number of imitators across the country. However, the original remains a big draw, with up to 20,000 visitors descending on Ludlow annually and is still considered one of the best.

The Food Festival has strengthened its reputation as a “foodies’ paradise” offering a chance not only to mingle with other connoisseurs (including the industry’s top stars and chefs) with the same depth of interest and passion in everything food, but also the producers who readily share their knowledge either at their stands or through the many demonstrations and talks around town. 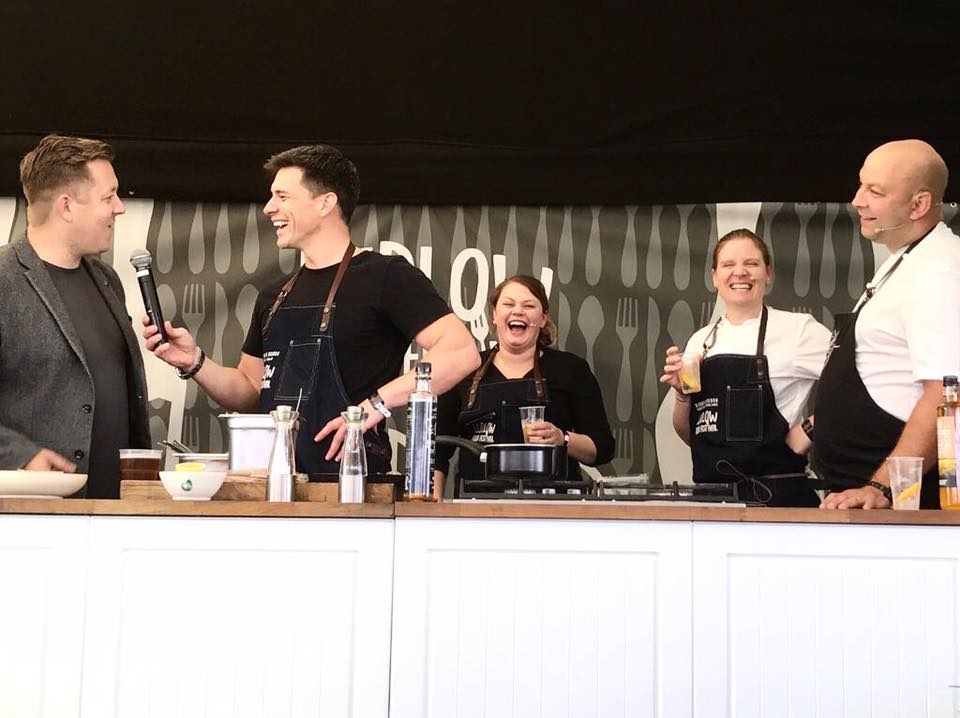 The range on offer stimulates mind and palate. Ten years ago, the Spring Festival, which takes place, in May was added to the festival roster followed by the more family-oriented Ludlow Magnalonga which takes place in August and adds a whole other dimension to the term ‘moveable feast’. A way to counter all the comestibles digested is to trot through 8 miles of stunning countryside. 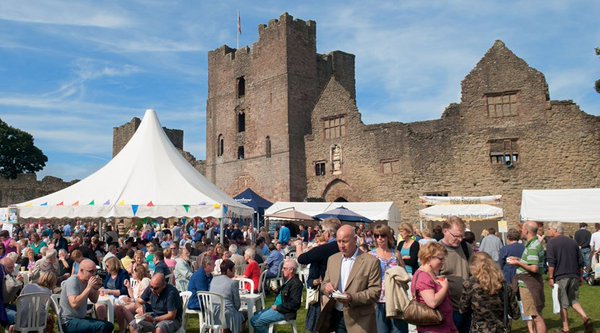 OK, there is such a thing as taking a cooking metaphor too far, but what is the secret to the ‘sauce of success’ for Ludlow festivals? According to Hannah it really is down ‘to food’. The organisers draw a line around what to include at the festivals. Simply put, there are no other distractions, no rides, sideshows or circuses attached to the events happening in the castle grounds. It’s just food and confining it thus adds cachet and credibility among the many foodie fans and gastronomes making the annual pilgrimage. 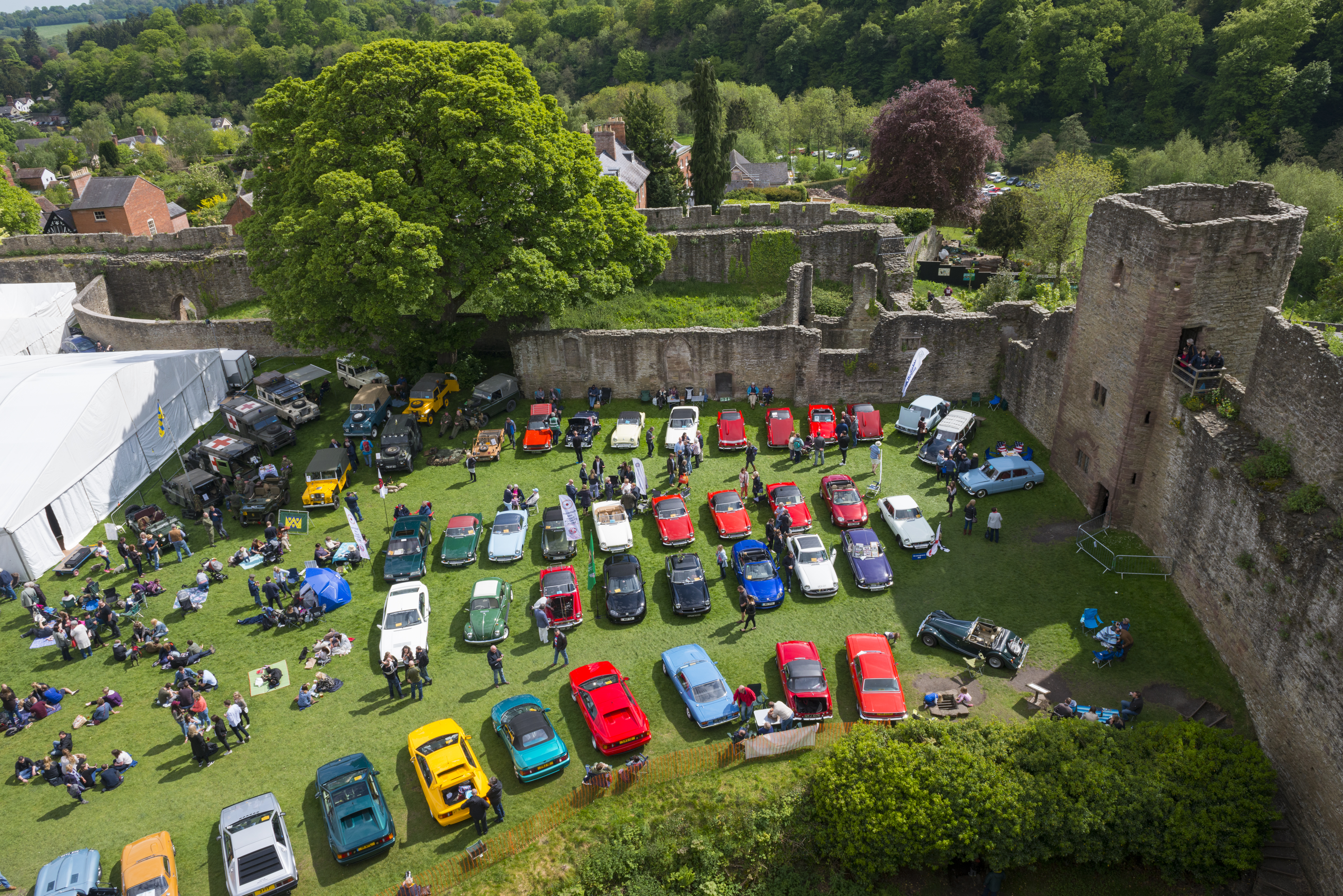 Still Ludlow’s three events each has its own distinctive tempo linked as they are. For example, at the upcoming Spring Festival, it’s drink that is in the limelight. The way the organisers describe it is straightforward: beers, bangers and bread. It also says vintage cars but you can’t eat those.

Strange as it seems to include vintage cars at a foodie event, there is a rationale behind bringing what was formerly the Marches Transport Festival under the banner of the Spring Festival and primarily it’s the audience crossover as a love of craft of ale, beer, food and vintage tie in neatly together. 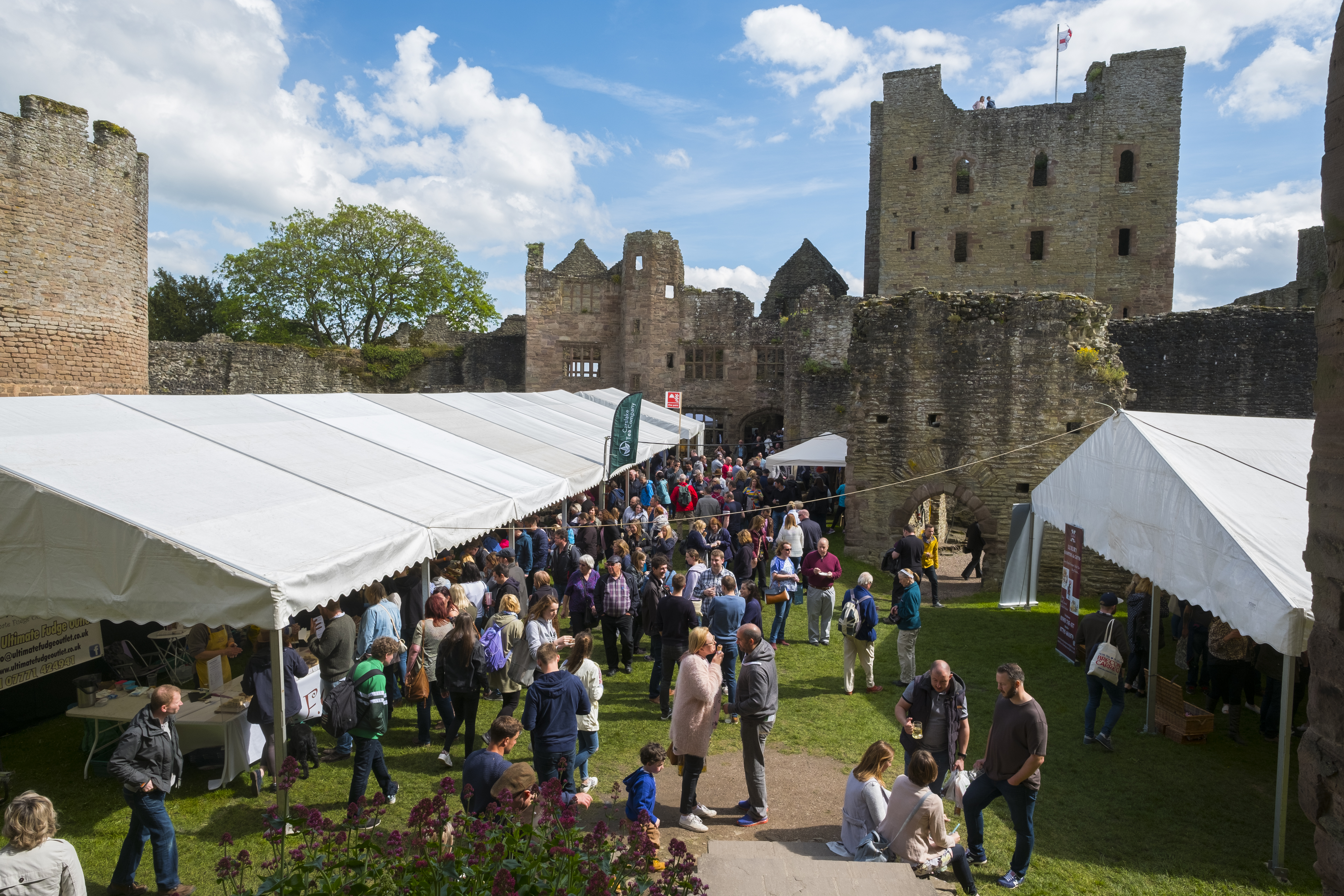 The Spring Festival is a charming if lower key affair (in comparison to the Food Festival) and is all about the beer, with over 200 drinks to sample and like the food festivals you can talk directly to the brewers. 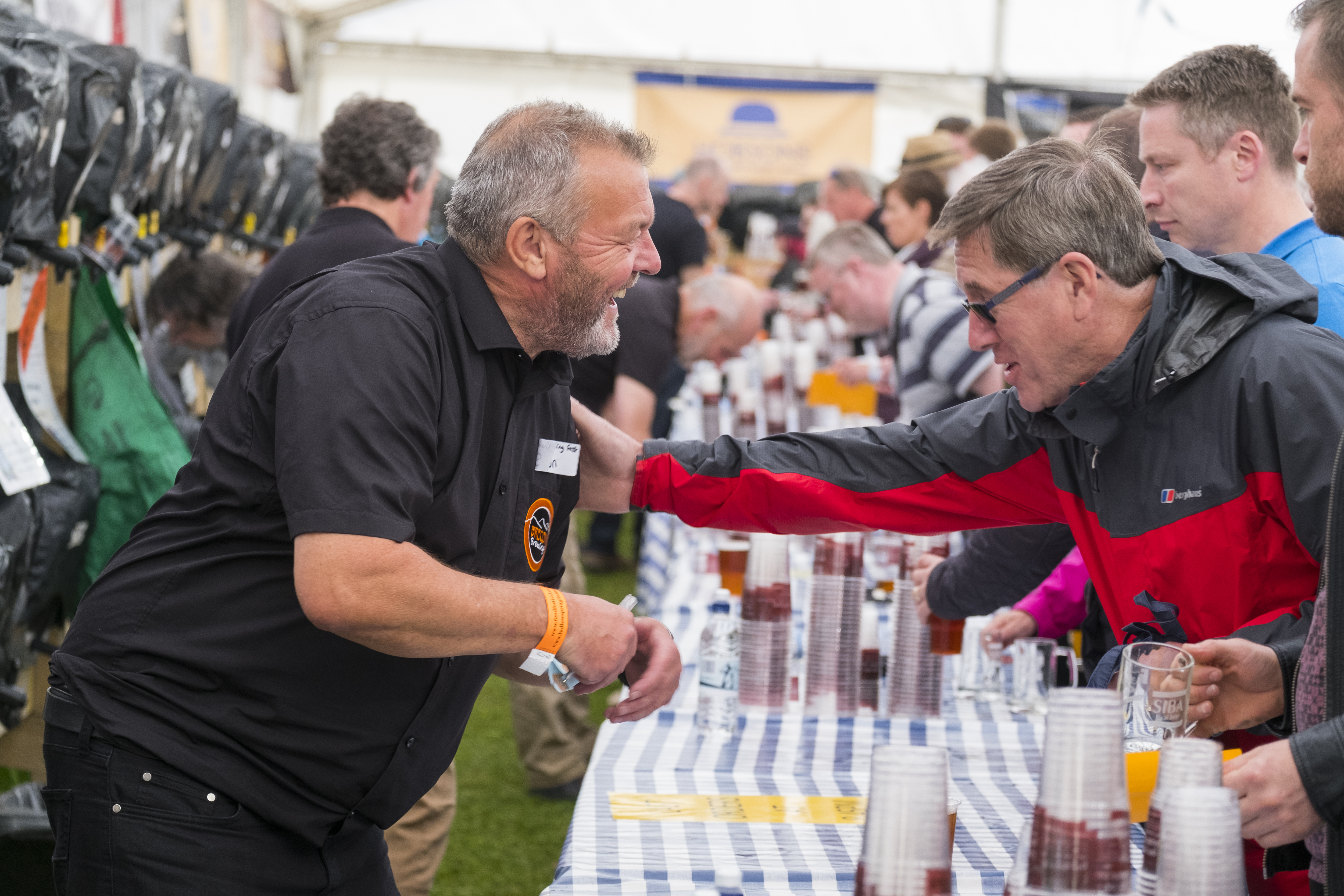 This is not to detract from the other 60 vendors or more offering up wine, cheese, breads and sausages or the other drink and food activities such as the pudding and pie trails around town. In fact, wend your way to a cocktail masterclass and challenge yourself to find your way back!

At the Spring Festival, people come to chill. You find a spot on the ground and plonk yourself down to luxuriate in an atmosphere of celebration. The only things rushing around are the little ones. 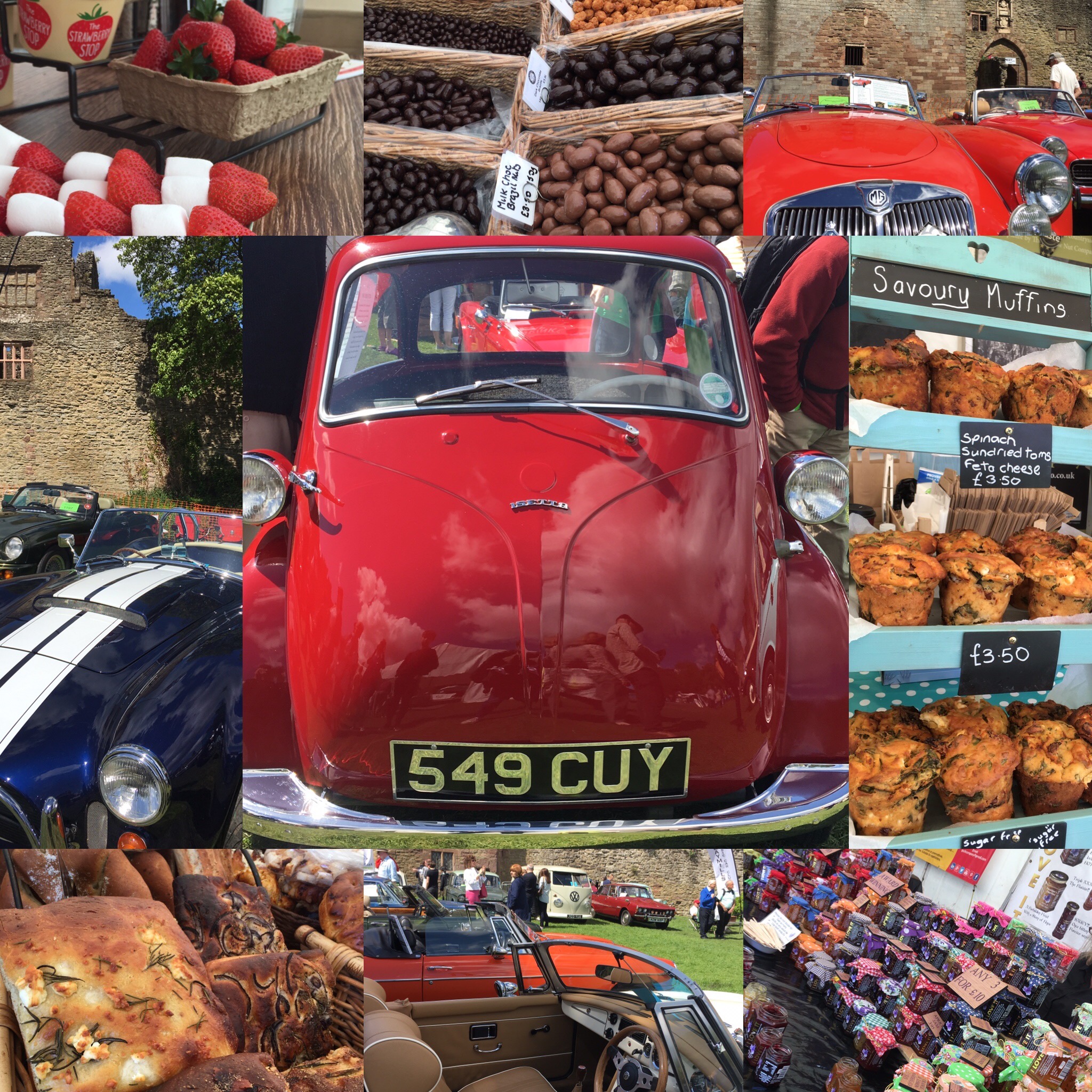 No struggle with identity

Plainly, Ludlow festivals aren’t suffering any sort of identity crisis. Food is ingrained in this part of the world. Ludlow is at the centre of a large food producing area in the Welsh Marches.

Hannah reminds, the Ludlow Market which is open 5 days a week takes place in the same position it did 900 years ago in the square in front of the castle and it is still a proper working market town. As befits one, it's a place where locals regularly shop to meet their daily needs.

It's natural then that the events reflect the roots and commercial backbone of the town by celebrating what it does best. “We are spoilt with all the butchers and bakers and lots of towns don’t have that any more which is why lots of people come and shop and you get things you won’t find anywhere else. It’s part of Ludlow’s joy,” she concludes. 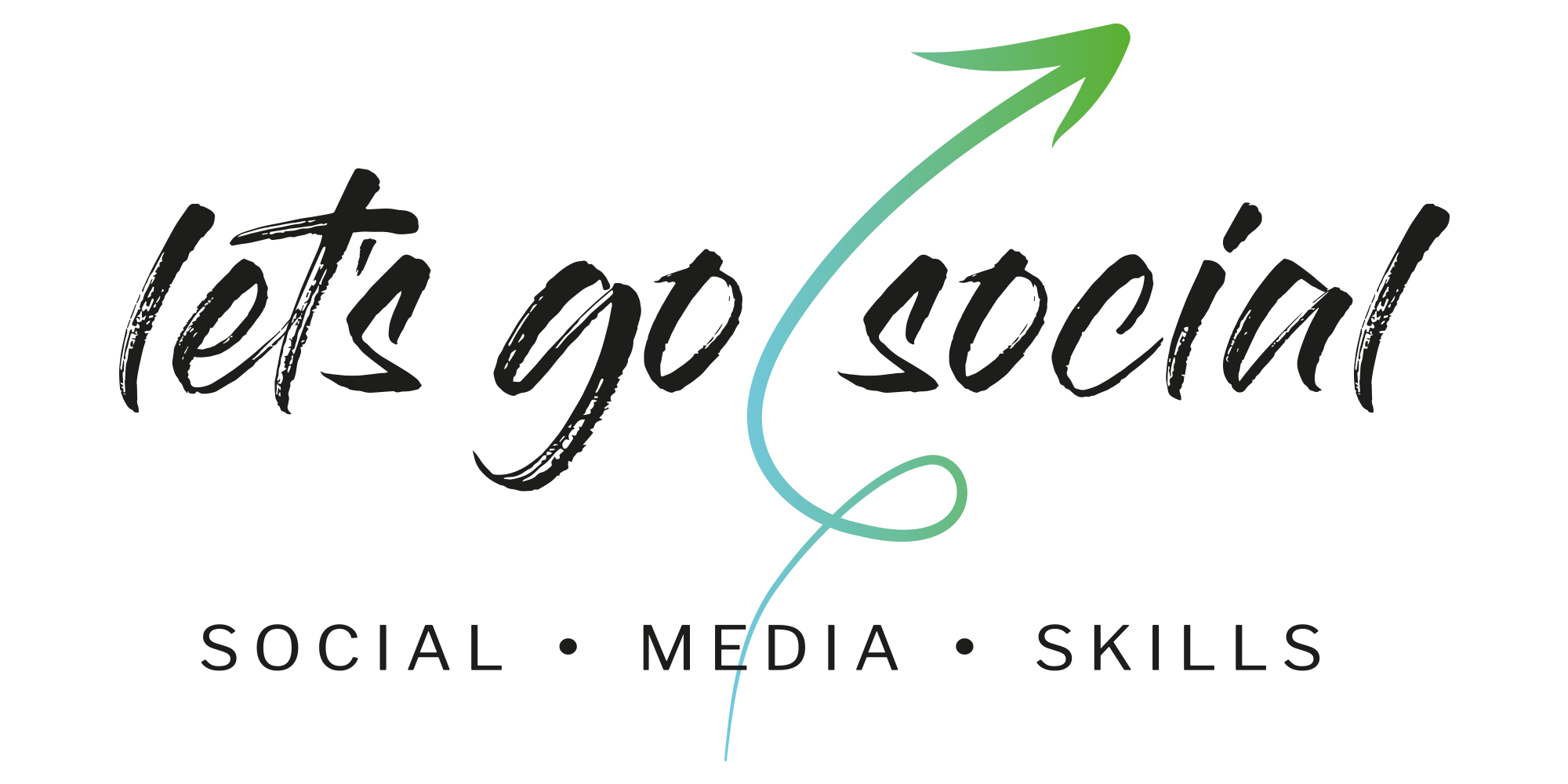